Jar Bar Serves Up Healthy Eats on the Go

Its Metra-convenient location will mean a new breakfast option for Northbrook commuters. 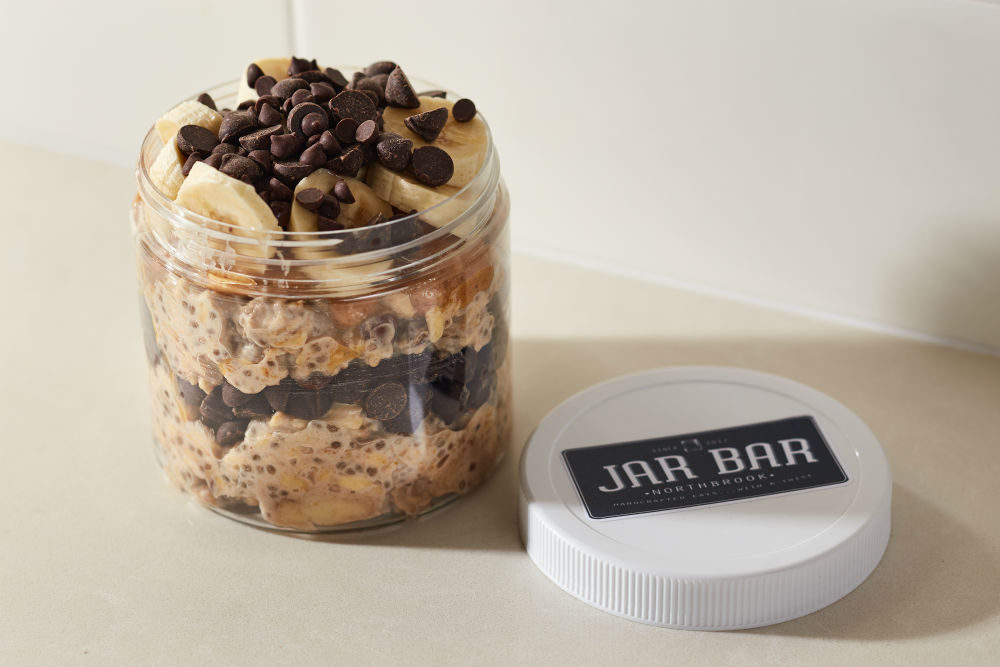 “The healthy food scene has been delayed in Chicago—especially in the suburbs—compared to East and West coasts,” says Northbrook-based on-air television personality, mom, and self-professed trendspotter Karen Firsel. (Editor’s note: We recently found a few good spots—and a bad one—in the city.)

When she and her real-estate developer husband, Adam, open Jar Bar (1350 Shermer Rd., Northbrook) in April, Firsel aims to craft the trendy, nutrient-dense eats she says her fellow suburbanites deserve: “We don’t have the food to match the people we have here. I identified a market where people want this and are craving it,” she says. (The Firsels aim to scale the concept throughout the suburbs and to eventually open in the city.)

Part of what people want, says Firsel, is to eat their food from the still-trending Mason jar—hence the name. “I threw a party for my friends on my 40th: manis, pedis, and eating out of jars,” she says. When a pal requested Firsel’s Mason jar salads for another party, the Jar Bar vision was born.

As such, all of Jar Bar’s cold offerings will come in 8- to 24-ounce jars: In the morning, Firsel will cater to Metra commuters (the station is a block away) with grab-and-go overnight oats; come lunchtime, jarred salads will be on offer; and for dessert, there will be rainbow-colored layer cakes.

Out-of-the-jar offerings will include sandwiches and dressed-up oatmeals such as a creation Firsel’s calling Cake for Breakfast—gluten-free oats swirled with almond milk-based ricotta cheese and topped with coconut sugar and house-made granola.

Firsel has a jar half-full attitude about healthy eating, saying, “We’re not messaging low-fat, fat-free, low-carb. You should be able to enjoy a meal without worrying about that.”