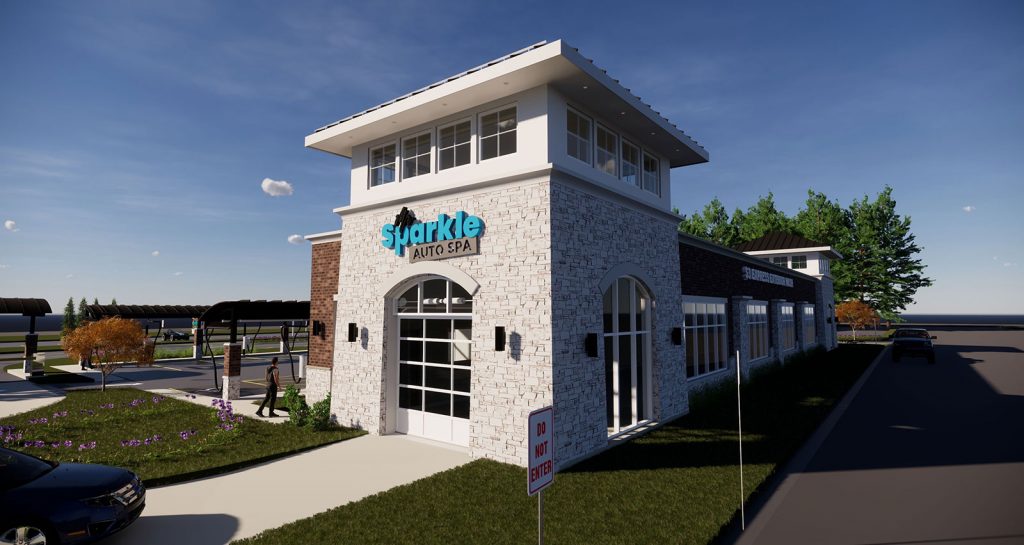 This week, we cover a new, luxury carwash planning; a remodel; and construction.

TRAVERSE CITY, Mich. — According to www.traverseticker.com, a new, luxury carwash is expected to break ground later this year at 1840 US-31.

The carwash will be called Green Mitt and will not only have an express wash but also space for food trucks and outdoor dining, the article continued.

The East Bay Township Planning Commission has reviewed the concept for the carwash, but a formal application for the property has not yet been submitted, the article noted.

Nick Spallone, lead designer and developer for Car Wash Pro Designers, which is designing the project, said he expects to finalize township matter at an upcoming meeting in July, the article stated.

During the review, commissioners were concerned that a carwash would not fit in the “beach district vision” of the US-31 East Bay stretch, but Spallone said that his company is usually able to get carwash buildings approved in “areas that are very niche,” including “restaurant rows” like the one on US-31, due to the unique building design, the article noted.

“The building is designed to look like a bank,” Spallone explained. “That was the intention, specifically so that it could be put into areas that would typically frown upon a carwash.”
The site plan also includes an area where food trucks can set up shop and customers can sit down to eat. “So we’re kind of playing to the theme of that restaurant row. We took every little nuance that that [East Bay Township] requires for that road and implemented it into the site,” Spallone said.

Spallone said the food trucks would not necessarily be at Green Mitt all of the time, but rather on certain arranged days, the article noted.

The carwash itself would feature a 150-by-35-foot tunnel with a limestone and brick exterior, the article noted.

It will also be eco-friendly, with all-LED lighting, motion-activated vacuums, minimal light and noise pollution as well as biodegradable chemicals, the article stated.

Barring any delays, Spallone said he expects construction to begin in the fall and for the business to open by February 2021, the article concluded.

LONG BEACH, Calif. — According to www.gazettes.com, Circle Marina Speedwash at 4800 E. Pacific Coast Hwy. opened with a ribbon cutting ceremony on June 1st and is celebrating the fact with free washes until June 14th.
The carwash formerly provided full service and hand washes, the article noted.

The site has had a complete remodel but maintained some of the Googie architectural elements of the original carwash design, the article continued.

Now, Circle Marina is a fully-automated, three-minute carwash that can put out 120 cars per hour, the article noted.

PERU, Ill. — According to www.mywebtimes.com, construction began on Mr. Sparkle Auto Spa in late May at the intersection of Route 251 and Shooting Park Rd.

“I’m excited about it. We’re looking to bring a high-quality wash to the La Salle-Peru area at a reasonable price point,” said the owner, Charlie Trovero. “We’re going to have the best-quality wash with the best-quality equipment. Something you’re not going to be able to find for 30 or more miles around here.”
The carwash will feature a 150-foot tunnel with wash packages that will range in price from $3 to $14, the article noted.

There will also be 28 free vacuum stalls, with 14 of those being extra wide, so that a car can have both its driver and passenger doors open and not worry about bumping into another car, the article stated.

Mr. Sparkle Auto Spa will be able to wash around 150 cars per hour, and Trovero hopes to open at the beginning of November, the article concluded.